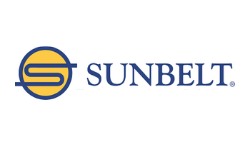 Whether buying or selling a business, we cover every aspect of the transaction process.

Founded by Robert Cemovich, Cemo Business serves the state of Florida, assisting companies and investors in their acquisition needs.

Robert’s experience as an international consultant, attorney, and business owner make him an expert in all facets of buying and selling a business. This experience makes him uniquely qualified in assisting professional practices.

At Cemo Business we take a client first approach. Our top priority is getting business owners and investors the absolute best deal possible. We have a team of marketing and business development professionals that assist Robert in attracting the absolute highest quality offers

We have a variety of business listings both specifically with Cemo Business and our collective Sunbelt Business Brokers network. If you don’t see what you’re looking for our team has the ability to successfully find and target exactly what you want.

Working for your financial future

Selling your business can be a delicate process. We understand what goes into making this life changing decision. Make the most of your years of hard work by hiring Cemo Business to be your business broker. Our team has a proven track record of results.

Robert initially focused his career in commercial banking, as a commercial loan officer. He subsequently shifted his professional focus to management consulting, and worked many years – both domestically and internationally for multinational consulting firms. Robert also has extensive management experience, as Program Director for Stewart Title Guaranty Company’s subsidiary covering the former Soviet Union and East Europe, and as Project Manager for several long-term consultancies, throughout the world.

Robert ultimately relocated with his family to Florida, where he formed and operated a successful title company and law practice. In addition to his native English, he speaks Russian, Serbian and German.